Buy Now (€69)
This is the individual solo violin instrument from our "LSS Solo Strings" sample library bundle, which also replaces our previous solo violin, and is not even comparable in quality.

We have sampled the instrument in a large beautiful London concert hall, with many microphones, making up four main, mixable mic perspectives, close mono, close pair, mid room and far room. The difference in perspectives is huge, meaning you can create sounds ranging from a very dry and up close sound, to a singing, naturally reverberated distant violin - as well as any degree between the two.

Three legato modes were sampled - slurred, bowed and portamento. These are easily switchable during use via keyswitches, and one exceptionally useful feature, which we are shocked to say we rarely see in string libraries, is the ability to change bow on the same note. Simply hold the note you want to change bow on, and press the low G keyswitch (see screenshot below). 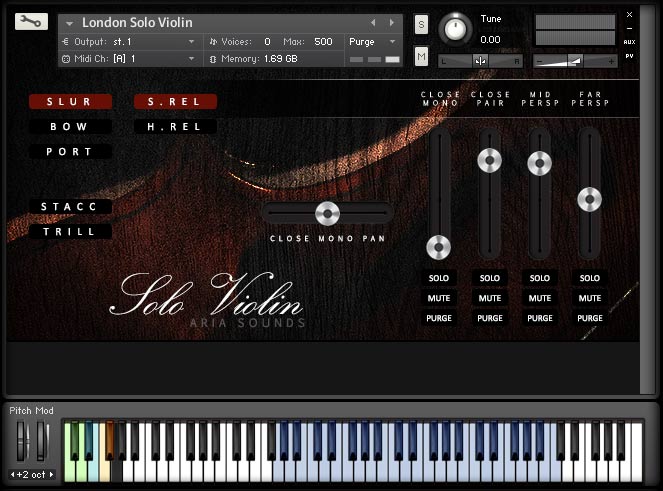 Staccato and whole tone trills are also included, with the staccatos having 24 variations per note so as to never sound repetitive - also switchable via keyswitch.

Another feature included is the ability to alter the release sound when the final note is played and released. A soft release is a normal removal of the bow from the string, but through keyswitching, you can also select hard release, which triggers a hard release. This is the sound of a player ending the note with a sharp crescendo and quick accented lift of the bow.


IMPORTANT NOTE: All sales are final. Please check that our products are compatible with your software before purchasing, and if in doubt, contact us to ask.